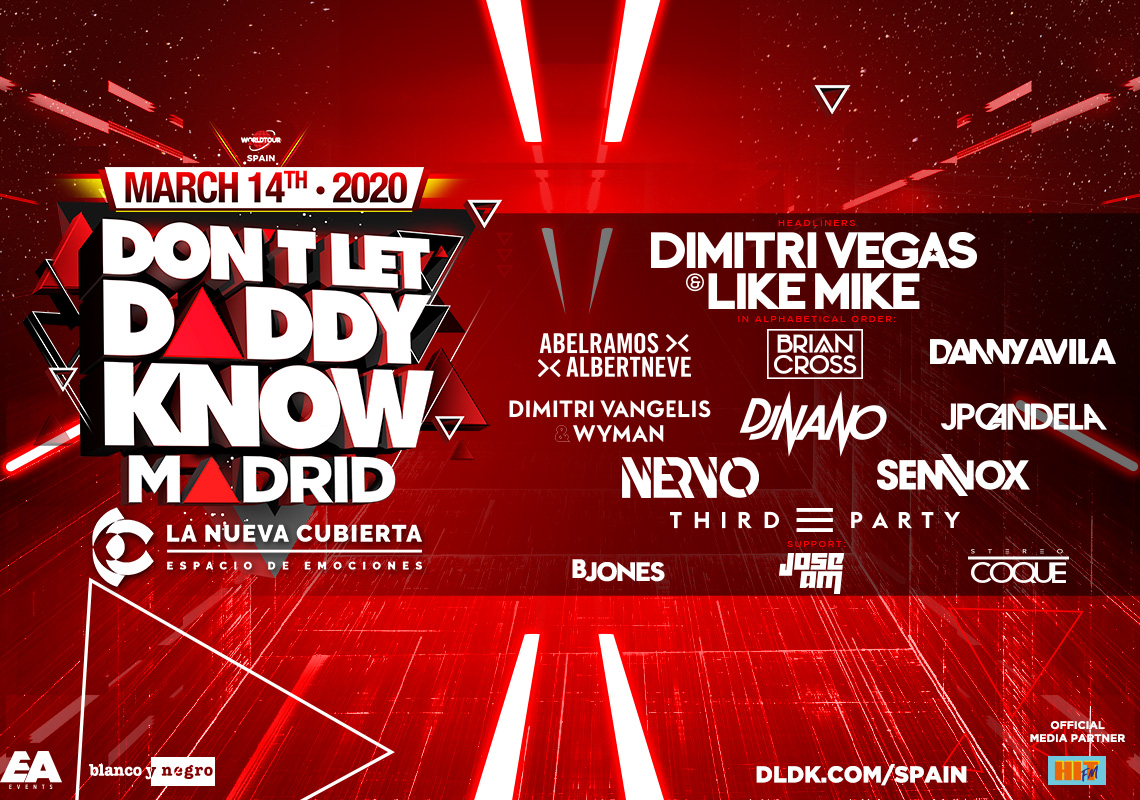 With the Don’t Let Daddy Know World Tour in full swing we can’t wait to invite you to the second edition of #DLDKSPAIN in Madrid with dance titans Dimitri Vegas & Like Mike (#1 DJ MAG), Danny Ávila, NERVO and many more to name a few. After a sold-out night to remember in 2018 it is time to top the first edition with a unique and even more spectacular show on March 14th 2020 at La Cubierta de Leganés.

On Saturday March 14th it will finally be the time for the second edition of DLDK Madrid. Expect a stunning, one-of-a-kind international line-up and enjoy the combination of a top-notch production with world-class DJs who will provide you with a memorable lifetime experience.

International superstar DJs Dimitri Vegas & Like Mike (#1 DJ MAG) will be headlining #DLDK with their first show appearance in Spain of 2020. Besides that, we are proud to announce that the Australian NERVO twin sistersare returning to Madrid. The festival is committed to the feminine talent with which they are currently the best female DJs in the world.

Another of the pleasant surprises of DLDK Madrid are Third Party and Dimitri Vangelis & Wyman, back to Madrid after captivating fans with an amazing show during the first DLDK Madrid edition. The electronic music festival that is being consolidated as a reference festival in the capital could not be possible without the presence of course of the DJ resident, Sem Vox.

The experience is granted thanks to DJs like: Danny Ávila, considered as the disciple of Tiësto. DJ Nano, established itself as one of the greats of the electronic scene, the acclaimed duo Abel Ramos b2b with Albert Neve, the unique acting style of Brian Cross and JP Candela, who will make sure to deliver what the crowd wants. And not to forget the support of talented DJs such as B Jones, Jose AM and Stereo Coque. Almost 12 hours of festival to do whatever you want and party the night away with like-minded party people and the best artists in the world.

So get ready, join the movement, get away from prying eyes from family, teachers, governments, Big Brother and bosses otherwise known as ‘’Daddy’’.

DONATE x Australia – Important to mention that some of the best DJs in the world have already helped on raising awareness for Australia Bushfires and Don’t Let Daddy Know Spain is joining for the cause. The situation in the country is devastating reason why DLDK has included the option to donate during the ticket buying process. The donations collected will be entirely sent to the WFF to save, protect and restore Australian Wildlife as 10 million hectares of Australian land has been burned to the ground. Over 1 billion animals have lost their lives so far, including thousands of koalas, kangaroos, wallabies, birds and other iconic wildlife and the fund. 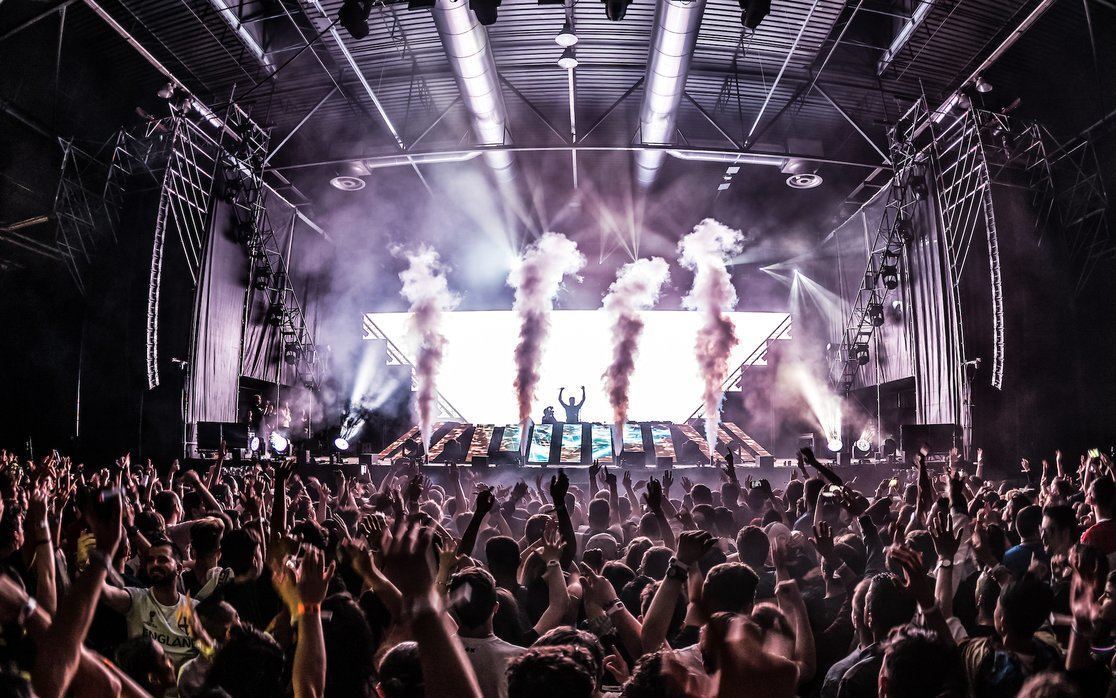 PRE-REGISTER FOR
#DLDK IN YOUR COUNTRY

ONLY those who register will have access to the lowest cost tickets for #DLDK. After you’ve Pre-Registered, you will receive an email with your personal link to enter the early bird ticket shop on the day of the ticket sale.